An Englishman In Paris

I picked up a copy of An Englishman in Paris by Albert Dresden Vandam.  It is noted on the timeline that this may have some significance in 1820.


1820 - Albert Vandam, an Englishman, wrote in his memoirs of "An Englishman in Paris", speaks of a certain person whom he knew towards the end of Louis Philippe's reign and whose way of life bore a curious resemblance to that of the Comte de Saint-Germain. "He called himself Major Fraser", wrote Vandam, "lived alone and never alluded to his family. Moreover he was lavish with money, though the source of his fortune remained a mystery to everyone. He possessed a marvelous knowledge of all the countries in Europe at all periods. His memory was absolutely incredible and, curiously enough, he often gave his hearers to understand that he had acquired his learning elsewhere than from books. Many is the time he has told me, with a strange smile, that he was certain he had known Nero, had spoken with Dante, and so on." Like Saint-Germain, Major Fraser had the appearance of a man of between forty and fifty, of middle height and strongly built. The rumor was current that he was the illegitimate son of a Spanish prince. After having been, also like Saint-Germain, a cause of astonishment to Parisian society for a considerable time, he disappeared without leaving a trace. Was it the same Major Fraser who, in 1820, published an account of his journey in the Himalayas, in which he said he had reached Gangotri, the source of the most sacred branch of the Ganges River, and bathed in the source of the Jumna River?
James Baillie Fraser "Journal of a Tour" from 1820 is the book in question. 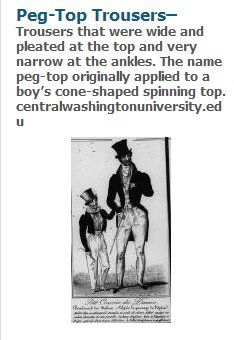 Major Fraser, in the book, comes in during Chapter V on page 130.  It states that Major Fraser, a mysterious man with unknown ancestry, often went to Estaminet du Divan for an hour or two just to read the papers.  The papers in question were the varying rags of the day including Sue's and Dumas' newspapers.  He is noted as being a favorite regular (though he never dined), he spoke English but locals were sure he wasn't English (as his name may suggest), and he was the best dressed man there (but not like Sue).

Major Fraser is described as wearing "a tight-fitting, short-skirted, blue frock-coat, gray trousers, of a shape which since then we have defined as "pegtops," but the fashion of which was borrowed from the Cossacks."
See picture to understand what "pegtops" are. 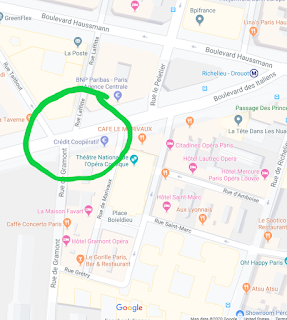 Major Fraser was noted as being a bachelor and never talked about his family/parentage.  he lived by himself in an entresol at the corner of the Rue Lafitte and the Boulevard des Italiens (see Google Map picture).  He always had money, but the source of his income was unknown.  He wasn't a gambler.  Vandam suggests that Major Fraser could be an illegitimate child from the court of Charles IV and Ferdinand VII of Spain -- but Vandam doesn't have any reason for this theory.  He then goes onto say that Major Fraser was so pleasant, gentle, and ready to oblige that no one bothered to delve into his past.  The only time he became cross, that Vandam could recall, was during a comedy by Leon Gozlan and it was in regards to a major who had three crosses.  An inquiry into the matter had Alexandre Dumas, a friend of Gozlan, at the center of it all.  It was a slight jab at the Major after Dumas and Gozlan heard that he had received the Cross of the Legion of Honour.

According to Vandam, Major Fraser had no love of politicians and rarely spoke of politics of the day.  When he did talk of politics, he appeared to have knowledge and intimate details from every civilized country and from every period.  Vandam notes that he only had a few books at his apartment, so his extraordinary knowledge seemed remarkable.  When asked about even the most trifling subject, he could talk about it in detail while keeping his apt listeners interested.  Dumas often tried to get him to write articles, but could not get him to write a thing.

It suddenly mentions that Major Fraser died and there weren't any letters/papers to let on about his parentage.  He simply had a file of receipts and a scrap of paper attached to one -- the receipt of the funeral company for his grave and burial expense.  He also had arranged for notice of his death to be run for a whole week in Journal des Debats.  His possessions were sold and the money was supposed to be given to the poor.

This all concludes on page 133.

Alright, so this leads me to ask some questions.  What info can I found about Estaminet du Divan?  Does Gozlan or Dumas also have any memoirs/recollections of Major Fraser?  Can I find the obituary in the Journal des Debats?  What can I find on Major Fraser?

In Dumas' Paris by Francis Miltoun (online), pages 116 - 118, the Estaminet du Divan and Albert Vandam are both mentioned, but there is no mention of Major Fraser. 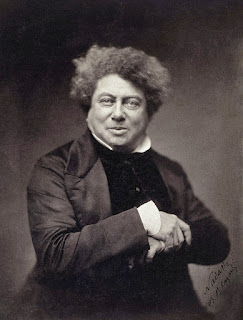 Alexander Dumas (1802-1870), if you don't know, was a writer.  He worked for a newspaper and famously wrote the novels: The Three Musketeers, The Count of Monte Cristo, and Georges. 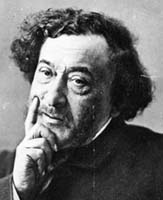 I could not find a portrait of Albert Dresden Vandam.

>>Major William Er Kine-Fraser (1784-1835) was a British India civil servant. p. 258-259 Le Monde Illustre.  October 22, 1864.  This page and a half piece talks about family/parentage, adventures, etc - thus, I don't think this is the right retold obituary.
>>James Baillie Fraser (1783-1856) author of "Journal of a Tour" from 1820.  James was a travel writer and artist.  He was also the brother of William Fraser, previously mentioned.  Not the person we're looking for because we can trace his family/parentage. 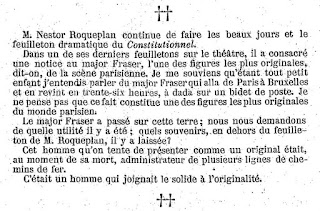 M. Nestor Roqueplan continues to make sunny days and the drama drama of the Constitutionals.
In one of his last soap operas on the theater, he devoted A notice to Major Fraser, one of the most original figures, They say, of the Parisian scene. I remember being very small as a child I heard about Major Fraser who went from Paris to Brussels and came back in thirty-six hours, to dada on a post bidet. I born not thought that this fact constitutes one of the most original figures of the Parisian world.
Major Fraser has passed on this earth; we ask ourselves of which utility it was there; what memories, apart from Mr. Roqueplan's soap opera, have there been?
This man we are trying to present as an original was, at the time of his death, administrator of several railway lines.
He was a man who combined solidity with originality.


This could possibly be a copy of the obituary that was mentioned.  The date would fit into the same timeline as Dumas, Gozlan, and Vandam.
Posted by Jessie at 12:08 PM