Scouring through New Orleans newspapers using newspapers.com resulted in finding nothing regarding Jacques Saint Germain.  I found nothing about a woman leaping from second floor balcony on Royal Street.  I also could not find a published police report about the women killed in 1933.

Obviously, you could buy Queen Freezers from A.J. Bessec in May 1901.  This seems like pointless information.

I took a break from scouring newspapers to scroll through google searches.  There are a few minor differences in stories - some say that he showed up in 1902, others say 1904, etc.  Nearly everyone says that there are still sightings and attacks carried out by Jacques Saint Germain aka "Vampire Jack".  It's supposed to be one thing that inspired Chelsea Quinn Yarbro's Count St. Germain novels.

Side Note: If you haven't read any of the novels, you should start with the first one Hotel Transylvania.  I liked it.

One thing I have an issue with is the lack of details in the stories about Jacques Saint Germain.  We don't have any names of any people that he mingled with and we don't have any specific dates.  We just have this regurgitated legend.

With the previous blog post (HERE) you'll notice that I found some books written by Jacques Saint Germain.  I was actually hoping to find a book just on the legend of "Vampire Jack", but these other books came up instead.  The oldest one I could find is from December 31, 1938.  The topics of the books are all on topics that the Count would of had knowledge of or interest in, such as: 18th century France, industrialization in France, and entertaining.  I cannot find any records or photos of Jacques Saint Germain (the author) via ancestry.com or google or abebooks.com.  Autographed copies of books were ordered for the purpose of comparing the handwriting with the Count's.  You can find a list of Jacques Saint Germain's books on the Timeline.

Are there really no books dedicated to this guy?  I'm barely finding anything.

If you come across anything that you think may be of interest, send me an email or leave a comment below.   I'm looking for illustrations, paintings, photos, or other media about Jacques Saint-Germain.  I am also looking for news articles -- which I am not finding.  Has anyone had any sightings recently of Vampire Jack?

Also, I'm thinking about setting something up on Facebook -- like a facebook group or something.  I get a handful of emails each month, usually with info that I already know about, so I guess there is some interest out there.  If you are interested in joining a FB group (if I start one), please let me know in the comments.
Posted by Jessie at 6:04 PM 16 comments:

Thanks to Solomon Ben Abraham for giving me a heads up on this.  I did some digging around and would like to present to you....


In 1902, a man named Jacques St. Germain arrived on the New Orleans, Louisiana scene and took up residence at 1041 Royal Street.  You can view the inside HERE.  The home is part of a NOLA vampire tour and is privately owned by the Blondeau's.  He was a handsome cavalier, a lady's man, and was often out and about in the French Quarter's social scene - whether hosting or out at clubs.  He was very fond of throwing lavish dinner parties for socialites.  Invitations were highly sought after due to the food, fine wine, and entertainment.  St. Germain would often regale his guests with stories of his vast travels through France, Italy, Egypt, and other parts of Africa.

He was described as being highly intelligent, a patron of the arts, a master of languages, very wealthy, and very fond of Bourbon Street.

St. Germain had a solid grasp of English, since he had come over from Paris, France.  He could, in fact, speak several languages fluently - English, French, Spanish, and Italian (as noted in tales told about him).  He would often talk about things that he had witnessed decades and centuries before, leaving his guests slightly confused and even more enamored with him.  He even claimed that he was a direct descendant of Count St. Germain from Louis XV's court.  Some guests would compare portraits of the Count with Jacques; they were positive that he must be related since he looked nearly identical.  They were even roughly the same age.  Jacques would neither confirm nor deny being the Count.  This simply led to more mystery to his person.

Jacques' parties were highly sought after, but several people noted that he never partook in dining with his guests.  He simply entertained as they dined and always drank from a rather fancy chalice, presumably filled with wine.

Bloody turn of events.  The following is taken from Ancient Origins.

These rumors took a sinister turn several months after St. Germain’s arrival to New Orleans, when the police were called to St. Germain’s home to investigate the circumstances leading to a woman who had seemingly fallen from his gallery, a full story above.

His guest, a woman who was rumored to have been a prostitute, had in fact leapt from his balcony, rather than fallen, as bystanders had originally surmised. While she survived the fall, she was terrified. People on the street surrounded her and tended to her needs while help was rounded. Hysterical, the woman ranted that she had jumped to escape St. Germain, who had bitten her neck. She screamed and sobbed out her story, claiming she was only able to escape when her assailant was briefly distracted by a rather loud knocking on his door.

The woman was taken to the hospital as soon as possible, and the police, suspecting that she had become delusional, told the very well-known, affluent, and respected St. Germain not to bother coming in for questioning at this late hour, but rather to please visit the police station in the morning to go over the accounts of the evening. The police were confident that there was a reasonable explanation for what had transpired.
The next morning, St. Germain never appeared at the police station. In fact, to everyone’s chagrin, he had completely vanished overnight, leaving the majority of his belongings behind.

Legend suggests that upon breaking into his house, the police were cautious and in great anticipation of what they might encounter. On the second floor of the house they discovered a series of open but corked wine bottles. Upon closer investigation, they discovered the large collection of bottles were filled with a terrifying mixture of wine along with large quantities of human blood.

Jacque St. Germain was never seen again. He disappeared just as mysteriously as he had arrived. As one can only imagine, his contemporaries were shocked at this scandal, feeling both betrayed and fooled, and probably a little disappointed that the fun had come to an end.


According to Michael Murphy's book Fear Dat New Orleans, there are ongoing sightings of "Vampire Jack" in New Orleans. In 1933, the NOLA police were called to Royal Street where for two consecutive nights women were found with their throats torn out and they were drained of blood.  A witness claims to have seen the man scale a 12-foot tall wall effortlessly to make his escape.

If you care to listen to a podcast on Jacques Saint Germain, you can listen to: Campfire Files, Episode 12. Real-Life Vampire, Jacques St. Germain  (time 51:08)  I'm not super impressed with this podcast, but whatever...it's entertaining.

If you're interested in obscure French books, you can find a handful of books written by Jacques Saint Germain from the 1960s and 1970s.  You can find stuff on Abebooks.com and Amazon.com 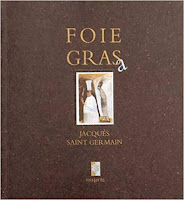 Could there be ties between this author, the Jacques St.Germain from New Orleans, and the Count?

I have some of these books ordered, so expect a part 2.  I have not been able to come across any photos, drawings, or paintings of Jacques/Jacque Saint-Germain/St. Germain.  Perhaps there is something in the books I have coming.  There are handwriting samples that we will be able to compare.

I find it very curious that Jacques Saint Germain's books topics are spot on with the Count's knowledge base.  The only thing that could make it more perfect would be a book on textile manufacturing in the 18th century.

I will see what I can dig up.  If you come across anything, please send me an email!