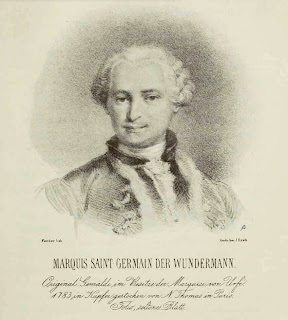 This is a continually updated dossier on the Count.

Other Markings: Dimple on chin, small feet, delicate hands, "magnificent teeth",  ambidextrous (to the point of being able to write two different things at the same time while singing), small scar on hand (incident with de Gergy's embroidery needle)

Known diet: Oatmeal, groats, and white meat of chicken.  On the rare occasion he will drink wine.

Other: Has a man named Roger/Zeffort who he travels with for "500 years".  Nickname from French court "Prince of Diamonds".